In the late 19th century, La Margarita was purchased by Enrique Forgues and named "La Margarita" in honor of his wife Margarita Schneider. As the original estancia was passed down through the family, it was retained and operated as a grand estancia of 7000 hectares for over 100 years. In the early 20th century, the estancia was a large wool producer, and later was very well known for it's quality beef. In the early 1990's, the estancia began attracting tourists to the area. To this day, La Margarita continues to operate as a working estancia that also caters to sharing the estancia experience with those seeking a rural Argentine experience.

Jane Boxhall purchased the estancia in early 2016. A far cry from her native Wales where she grew up on the family farm. Jane splits her time between Argentina and the U.K. as she continues to manage both her family farm in Wales as well as La Margarita. Jane has been involved with horses from an early age and has an extensive knowledge of country life. 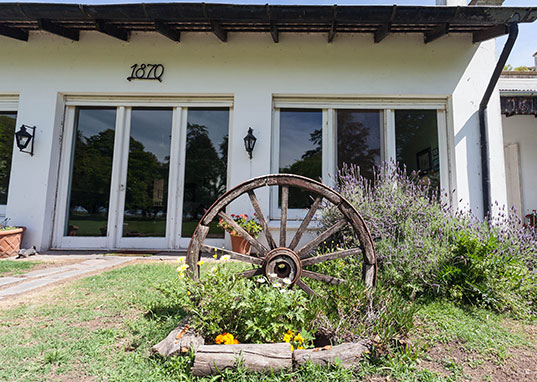